Accurate measurement of physical quantities is essential to our world. Although we may not realise it, the precise and, more importantly, repeatable measurement of fundamental parameters impacts on everything around us. November 2018 saw a small, yet highly significant change in the world of mass measurement. However, this momentous event has gone largely unnoticed by the majority of the general public and industry.

A small cylinder of an alloy of platinum and iridium about the size of an eggcup, will now become effectively redundant after almost 130 years’ quiet service. What are we referring to? The International Prototype of the Kilogram (IPK), which has been housed in a secure vault at BIPM’s (Bureau International des Poids et Mesures) headquarters at Sèvres on the outskirts of Paris since 1889. It is the last physical artefact used as an internationally recognised measurement standard and it’s stood the test of time for over one and a quarter centuries. In November 2018, international approval was given for the kilogram to be re-defined using well-established physical constants that do not vary over time. 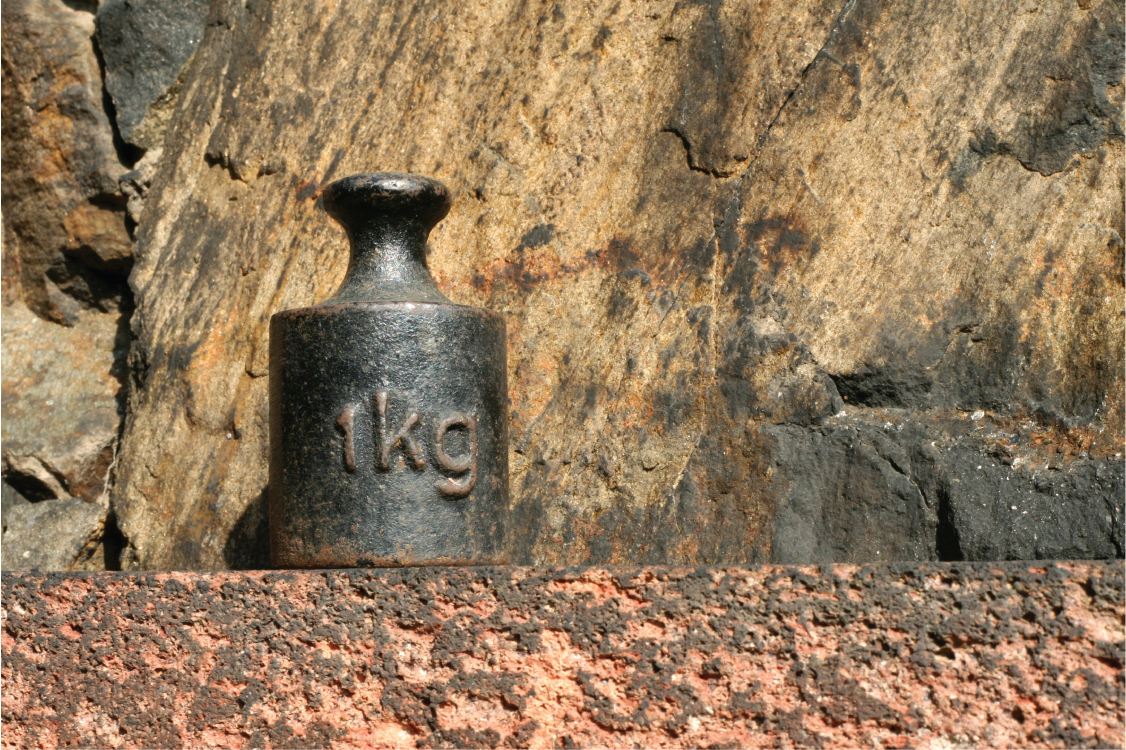 The IPK is held under three concentric glass bell jars and can only be retrieved using three separate keys, each held by different individuals. The custodians of this unique artefact have spent recent years worrying that the alloy isn’t quite living up to the reputation that it’s held for the past century—that it’s no longer exactly one kilogram in mass, but micrograms lighter. The problem is that if it has changed weight there is no way of really checking. Yes, there are a small number of secondary kilogram standards stored in laboratories around the world, but no-one really knows how these have fared over the years. This makes comparison almost impossible. The tiniest discrepancy in the IPK’s accuracy impacts fields such as medicine, electronics and engineering, sectors where precise measurements are paramount. However a fluctuating kilogram also has rippling effects on other phenomena—such as force, energy and luminous intensity—that use the kilogram as the building block for measurements.

The kilogram is one of seven base units that comprise the International System of Units (SI), the most widely used measurement system in the world today. (Link to BIPM Document) The three best known of these are probably the kilogram, metre and second –Mass, Length and Time. Originally both the kilogram and the metre were defined by metal prototypes, whilst time was fixed by the earth’s rotation. Gradually more and more base units have become definable via physical quantities of nature that remain the same regardless of time or location.

One second, for example, is now defined as the time it takes for the caesium-133 atom to complete 9,192,631,770 periods of radiation for a specified transition. One metre used to be represented by a metal bar stored alongside the prototype kilogram in France, but is now defined by how far light travels in a vacuum during 1/299,792,458 of a second.

Re-defining the kilogram using natural physical parameters has proved to be a very complex problem, but finally an acceptable and far more reliable alternative to the prototype kilogram has gained worldwide approval.

Under the new definition, a kilogram will be defined by using the Planck and other constants. (Further details can be found on the NPL website. Using fixed, agreed upon values, these constants, as invariable features of nature, will not change. Another key benefit of the re-defined kilogram will be improved scalability for measurements.

When you use physical objects to measure things, accuracy decreases at sizes much smaller or larger than your standard. A pharmaceutical company, for example, may need to measure the mass of chemicals for research on new drugs in quantities that are a million times smaller than a standard kilogram. The mass of a litre bottle of lemonade, in contrast, is about a kilogram. So, if you used equally sophisticated equipment today, the soda could be measured more accurately than the tiny quantities in drug discovery. The new definition of the kilogram will allow much better measurements of milligram and microgram masses.

Foot Note: Initially the IPK had two official copies. Over the years, one official copy has been replaced and four others have been added, so that there are now six official copies. Access to the IPK and its official copies is under the strict supervision of the International Committee for Weights and Measures (CIPM).

Prior to November 2018, the unit of mass has been disseminated throughout the world by comparisons with the IPK made indirectly through a hierarchical system of mass standards. Historically the IPK has been compared to its official copies at intervals of about 40 years, with the exception of the “extraordinary campaign” carried out in 2014, which was only 22 years after the preceding one. In the intervals in between, the working standards have been used to disseminate the kilogram unit to the Member States by calibrations of their “national prototypes”, which are intended to serve as national standards.